Mandy Eskander, Cars Guide wrote:
Holden Special Vehicles will upgrade the E-Series and VM Grange cars, giving them a bigger and more powerful engine.
In August 2006, a month after Holden released the new VE Commodore; HSV introduced its own new E-Series. It came with changes to the exhaust system and the LS2 engine gained an extra 10kW, powering it up to 307 kW.

We know our customers want the latest and greatest technology in their cars he said.

The LS3 engine built by General Motors Powertrain in North America will also be used in the new Pontiac GXP. The GXP will be built by Holden in Australia, which will export it to the United States at the end of 2008.

Production of the LS3 will begin this month and should be available in April 2008.

Damn that's good stuff HSV. While I'm at it I'd like to say that Holden are forced to shelf the Coupe 60 because of "fuel emissions". 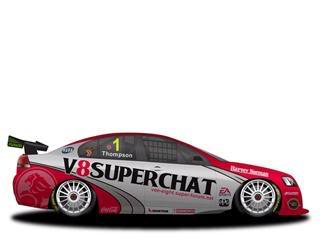 Please improve BATracer's profile if you aren't a member!

Admin_Holden
The Enforcer
Number of posts : 1390
Age : 27
Location : A little further away from Melbourne now
Ford/Holden/Neutral? : Holden.
What is your favorite team/driver? : Tasman is my team, JR is my driver.
Registration date : 2007-12-09

and that was not a brand bash!!!